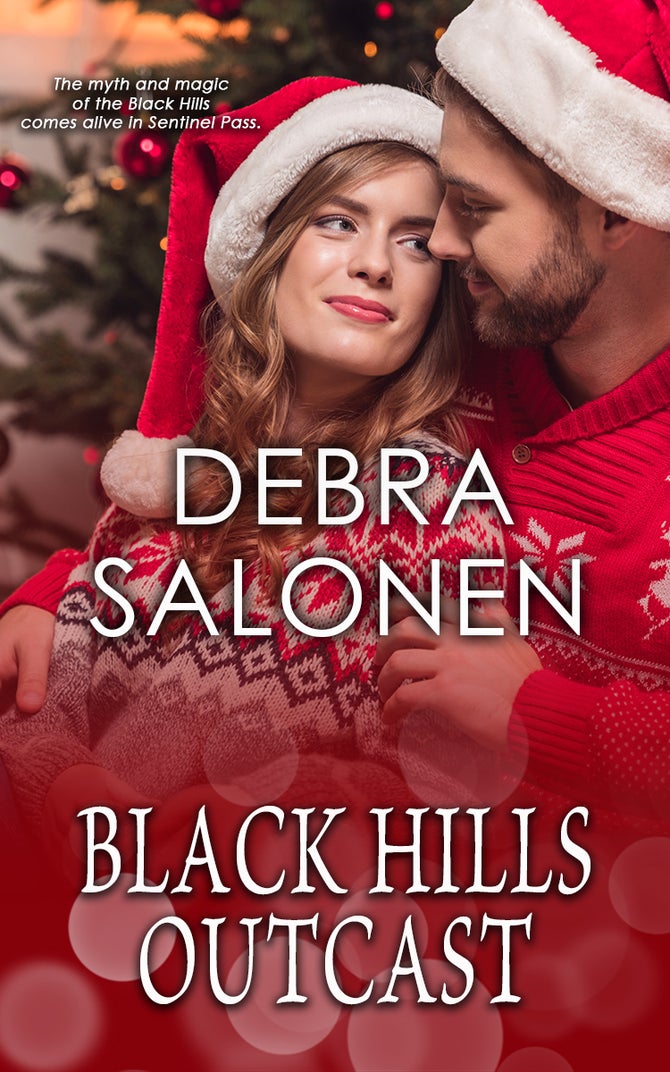 By Debra Salonen
Man up and come out of hiding—or the dream dies.

As the dreaded holidays approach, Rufus Miller breaks his golden rule: silence. Sentinel Pass’s resident recluse may be a social outcast with rusty people skills, but with his late brother’s legacy hanging in the balance, he’ll try anything to sell his Dream Houses—the rustic, three-dimensional “dream catchers” he creates from branches and bark. To fully engage the Christmas market, he requires a marketing ninja. Rachel Grey drives a Porsche and dresses like a runway model who made a wrong turn at Denver, but her positivity could woo a hermit crab from its shell. Maybe she’s the answer to a wish he’s never allowed himself to make.

Is her new client a living, breathing Sasquatch—or Santa Claus in the making?

Black Hills Outcast is Book 6 in the 12-book Black Hills Rendezvous series. If you’re a fan of deeply emotional stories that make you smile through your tears, you’ll fall in love with Debra Salonen’s wounded hero fighting to keep his dream alive and the woman who rescues him while inadvertently opening the door to his past.

Lovers of holiday romances won’t want to miss Black Hills Outcast—where a bit of Christmas magic reminds two lost souls that love is the reason for the season.