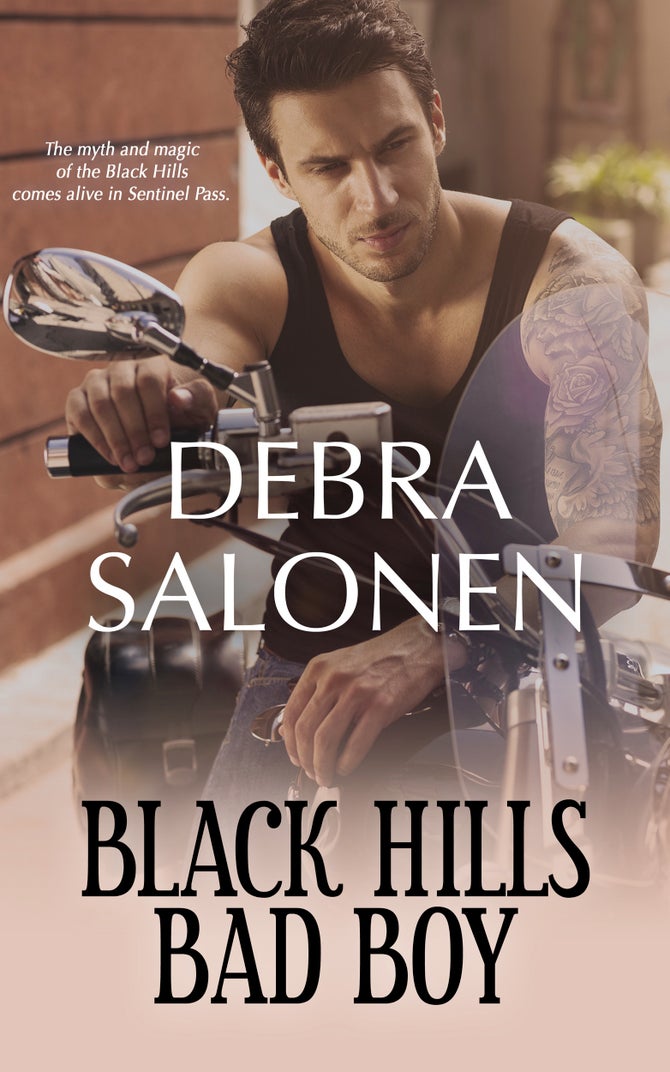 By Debra Salonen
Bad to the bone. Sort of.

Jack Treadwell's plan is simple: hop on his Harley and leave his boring alter ego--successful dentist from Denver--behind. He’s in the Black Hills to experience a new reality. The grit. The heat. The full throttle energy of a world famous motorcycle rally. Until his great adventure takes a crazy turn after he gets a temporary tattoo from single mom Katherine Robinson.

Third time’s the charm. Or not.

With two sons and two divorces on her plate, Kat Robinson doesn’t trust love-at-first-sight any further than she could throw the handsome RUB--rich urban biker—in her bar. But the money he pays her to play tourist guide on the back of his Harley will cover the rent after the wannabe bad boy is long gone. Like a dream. A crazy, sexy dream with lasting repercussions.


BOOK #5: BLACK HILLS NATIVE SON - A journey of discovery brings  him the son he never knew, and the woman he was meant to love.