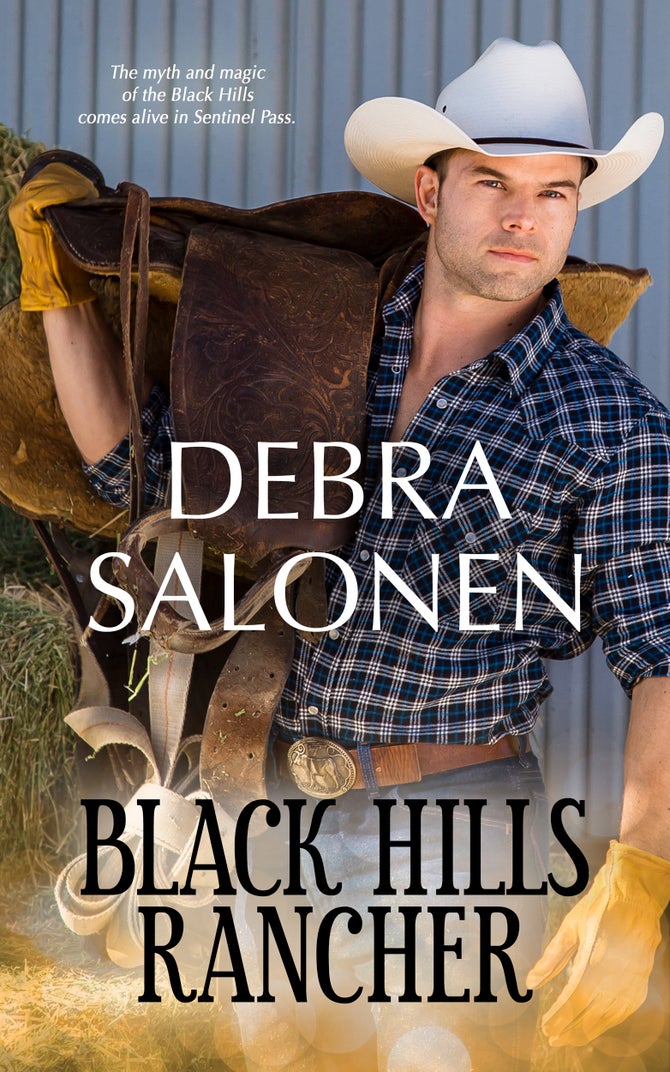 By Debra Salonen
A stunt woman at Garrity Ranch? Not on his watch.

The fact Cade Garrity’s new short-term tenant risks life and limb for a living is her business. But as a single dad to an impressionable young daughter who’s recently expressed an interest in bull riding, the Black Hills rancher has to keep Jessie Bouchard at arm’s length. Cade’s late wife chose her need for excitement over her family and it killed her. He's not about to go down that road again--until the day Jessie drops out of the sky into his arms, and he realizes he can’t let her go.

She only knows one way to handle fear: face it head on.

Despite what people think, stuntwoman Jessie doesn't have a death wish. Training and practice give her the edge she needs to succeed in a man’s business. She's convinced herself that living in the moment is enough--until she meets Cade Garrity and daughter Shiloh. But even if she did believe she deserved the kind of love Cade has to offer, a stalker set on revenge might make sure she never gets the chance.