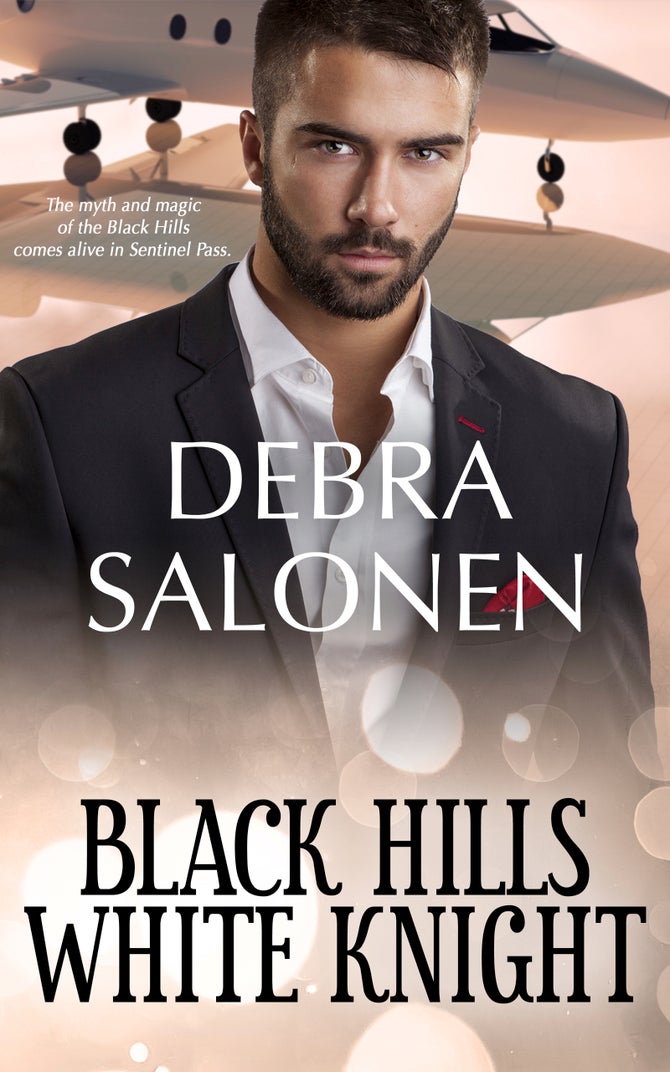 By Debra Salonen
A white knight? Hardly. His suit is Armani--not armor.

Hollywood agent William Hughes leaves high drama to his A-list friends and clients. The child of two career crusaders—a Member of Parliament father fighting social injustice and a pediatric doctor mother more devoted to the children of the world than to her own son--William left England for the least altruistic career he could find: L.A. talent agent. Sadly, one tragic missed opportunity to help a friend still haunts him. So, when asked to fly an abused woman and her two daughters to a safe house in the Black Hills, William can’t say no.

Asking for help has never been her strong suit.

When her powerful, highly connected, estranged husband’s war of words switches to physical abuse, Daria Fontina knows she has to leave California. But escaping to her grandfather’s home in the Black Hills means trusting a stranger--a handsome Brit with surprising depth and the kind of compassion that touches her heart. Too bad Daria has no intention of falling in love again. Ever.

Black Hills White Knight is Book 7 in the 10-book Black Hills Rendezvous series. If you’re a fan of deeply emotional stories that make you root for true-to-life characters who earn every bit of their happily-ever-after, then you can’t miss Debra Salonen’s epic tale of love conquers all.

Buy Black Hills White Knight to honor mothers who stand up to bullies and risk everything to show their children—and the world—that all women deserve to be treated with fairness and respect, and love and happiness is possible with the right partner.