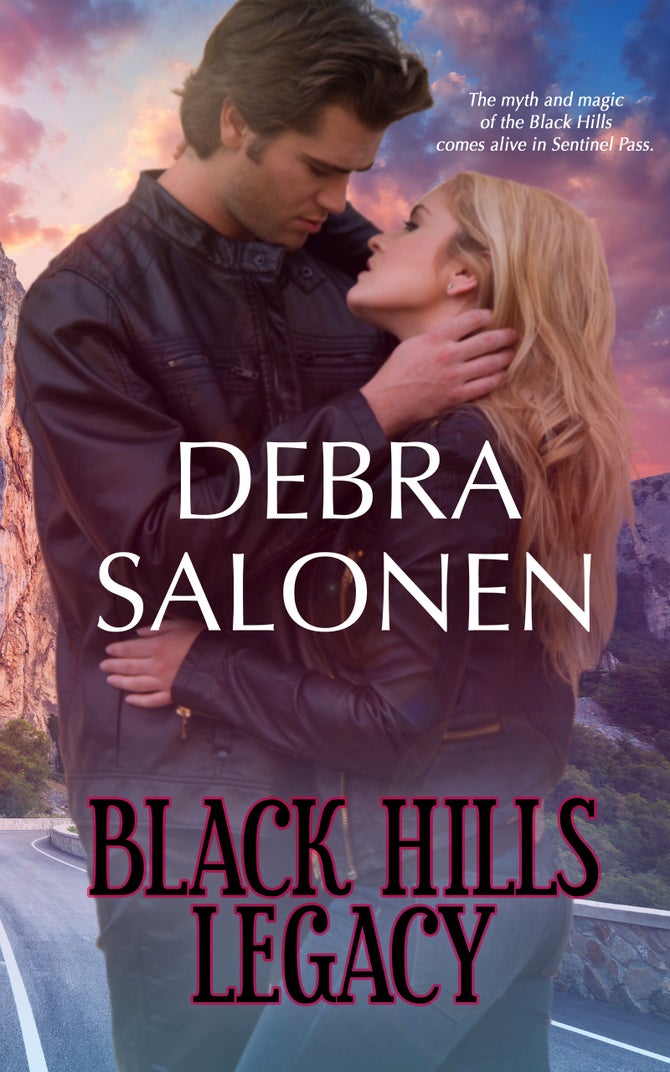 By Debra Salonen
Nothing like an unconscious doppelgänger to ruin a perfectly good day at the Mystery Spot.

Robyn Craine has two loves: her Harley and the Mystery Spot, the Black Hills tourist attraction she bought with funds from her late mother’s estate. With a chance-of-a-lifetime expansion in the works, Robyn doesn’t have time to babysit the handsome Sentinel Passtime actor who shows up to do “research”--especially when she figures out Liam Temple’s connection to the wealthy businessman/politician trying to sabotage her new project.

Liam Temple has no intention of falling for a Black Hills local.

With a big budget movie in the works, Liam Temple’s star is on the rise. Even though Liam likes his current gig on the hit TV show Sentinel Passtime, he promised his late sister he’d win a Golden Globe by thirty-five. Falling for a feisty, Harley-riding tourist trap owner is not on his agenda—until Robyn Craine gets caught in Liam’s father’s crosshairs for buying a hunk of land Richard Marston thinks belongs to him. When Robyn’s doppelgänger stunt double is attacked, Liam recognizes his father’s MO, and keeping Robyn safe becomes his first priority.