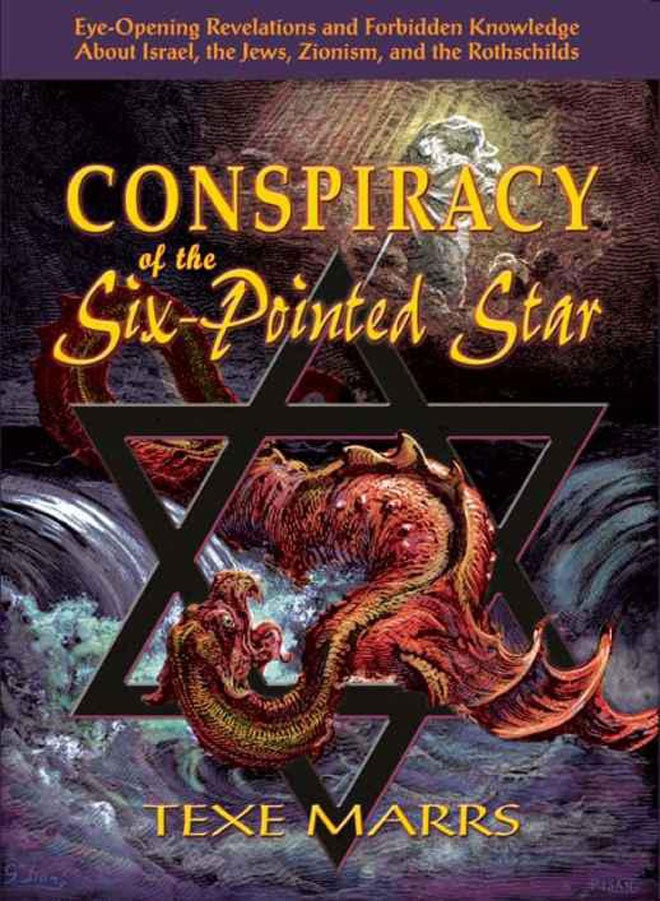 (e-Book) Conspiracy of the Six-Pointed Star

Shocker! Rothschild has a dark, secret plan for America—and you’re not going to like it. He’s also got conspirators working inside the U.S. government and in the White House. These men and women have no love for America and its citizens. Instead, they constantly plot with Wall Street bankers and socialist revolutionaries to destroy our nation and seek to forge in its place a tyrannical New World Order.

Unbelievable? Well, you won’t think so after you have read the astonishing, documented facts revealed in this riveting, groundbreaking book.

In Conspiracy of the Six-Pointed Star you’ll discover eye-opening revelations and forbidden knowledge about Rothschild, Israel, the Jews, and Zionism, and the hidden agenda that propels these evil forces. Greed, money, murder, and blood—these are the inflammable factors that motivate the elite, and you’ll find out just how horribly dark-hearted these Luciferian conspirators are.

Conspiracy of the Six-Pointed Star digs deep into the abyss and uncovers things the controlled media dare not even imagine. Satan, indeed, casts a long shadow, but Texe Marrs dispels the darkness and lifts the curtain with a shower of facts and truth that will leave the wicked conspirators gasping for breath.

You will get a EPUB (9MB) file