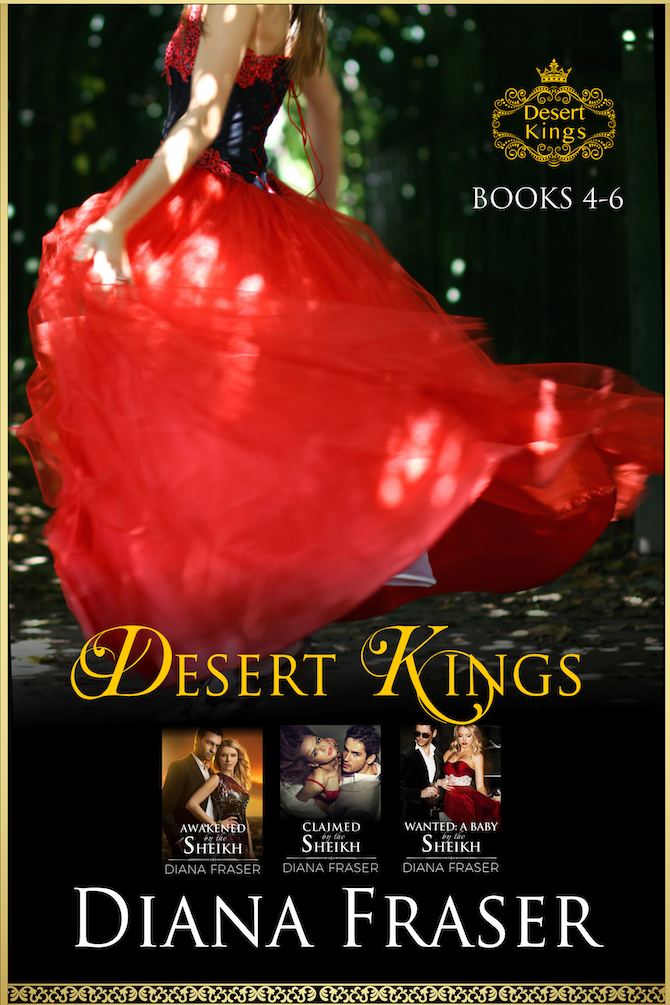 Awakened by the Sheikh (Desert Kings #4)
Cara Devlin's sexy voice lands her the job as translator to the King of Ma'in with a salary that will ensure she can leave Ma'in, and the painful memories of a husband who used her, and start afresh. King Tariq is devoted to his children, his country and remaining single. He soon realizes Cara could prove useful in his business negotiations... but only providing she doesn't know she's being used.

Claimed by the Sheikh (Desert Kings #5)
With an arranged, love-free marriage looming, Prince Sahmir of Ma'in is enjoying his last night in Paris when Aurora runs by, fleeing for her life. All Rory wants is to regain the estates her father lost to the Russian mafia. She hadn't planned on being kidnapped by the Russian, or living with a sheikh and she certainly hadn't planned on a baby.

Wanted: A Baby by the Sheikh (Desert Kings #6)
"You walked away from our wedding and kept on walking. And I hear nothing from you for a year, except a trail of credit card charges. Now you return saying you want our baby. What the hell is going on, Taina?" But Finnish heiress, Taina, can't answer Prince Daidan's question without destroying his world. So Daidan comes up with a proposal of his own...